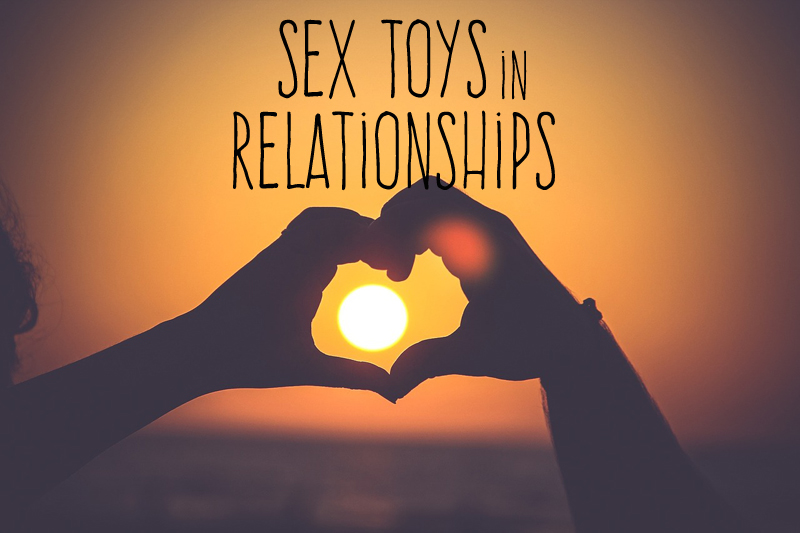 Once in a while, I’m reminded that sex toys still weird some people out. They’re so normalized in my life. and have been for such a long time, that it’s easy to forget how differently some people feel. I’m very private about having sex toys (and, indeed, only a couple of people know about this blog), so it’s not a topic that comes up often with people face-to-face.

But when it does, I remember how scary sex toys are to some. I’m pretty sure my mom thinks that sex toys are the devil’s spawn. If I showed her the cute little We-Vibe Tango or the Tenga Iroha Mini, so that she could see that sex toys can be chic and tasteful, she might change her mind, but we’ll never be at a place in our relationship where I could do that.

About a year later, I went back with a girlfriend and bought two more. Both were toxic, but I didn’t know about that back then. I didn’t even use them much, but I felt weirdly empowered buying them. Like many 18-year-old girls, I desperately wanted to reclaim a sense of sexuality for myself. Buying sex toys was, for me, a way to prove to myself that I was in control of my body and my pleasure.

He was not excited. He freaked out. One sex toy was okay, it seemed, if I used it with him. Two or Three, for use without him? Absolutely not. Suddenly it was a problem.

Apparently, I’d crossed some invisible line, one that threatened his masculinity, his pride, his I-don’t-know. I remember it clearly – his wounded voice, my horror at wounding him, and my confusion. He felt it meant that I no longer valued him. I didn’t buy another sex toy during that relationship, nor during the next several relationships.

Fast forward several years. A few months ago, I received a comment on my review of the We-Vibe Touch. I’ll paste it here:

There’s a lot going on in there, so I’m going to break things down into sections.

It’s integral to my sexual self-esteem, the commenter said. When I read this comment, I remembered so keenly my ex-boyfriend’s insecurity about my vibrators. I’d wounded my partner’s sexual self-esteem. He thought I preferred a sex toy over him.

As if an object could replace a human.

I understand this insecurity only too well because I felt bits of it when, years ago, my partner and I browsed through realistic Fleshlights. They’re so realistic and beautiful, I thought. Those labia are perfect, and it’s flawless, and it probably feels way better than my vagina would because that canal is all ribbed and stuff.

Likewise, penis masturbators don’t feel like actual vaginas or butts. When my partner used the Tanya Tate Lotus, which is supposed to feel similar vaginal sex, he said it didn’t even come close. It’s not to say that it didn’t feel good (it did), it’s just that it felt different from vaginal sex. A vaginal-sculpted penis masturbator isn’t self-lubricating and flexing and squeezing vaginal canal, nor does it have a person attached to it.

A sex toy can never replace you. You are a human. You aren’t a lifeless object. You have real skin, not synthetic materials. You have a body, with a voice, with emotions, with a personality, with laughter. A sex toy does not.

Insecurity #2: A sex toy is a machine that does my job, and I can’t compete with that

This is the meat of the problem posed by the commenter above. He wrote, “Pleasing the clitoris with your mouth and hands… It’s hard work, man. Hard work that I’m happy to do, but hard work…The idea of a machine that does my job… Not really great.”

Again, this is about feeling replaced. But it also touches on the idea of trying to compete with mechanized pleasure — a machine providing the function he feels its his job/duty to pursue, rendering his hands/mouth/skills useless.

In a nutshell: try to not compare yourself to a motorized tool, because you’re comparing two very different things.

I’ll paste my response to the commenter here:

Think of a pair of legs vs a car: You really can’t compare legs against a car, although they both provide the same function of transport. A car is a machine designed by engineers with transport in mind, giving us capabilities that aren’t natural, but still definitely useful. Just because you have a car doesn’t mean that your legs are useless. Your legs are still very much needed. And your car is a tool that’s left in the garage between uses. You’ll forget about your car once it’s tucked away. You won’t forget about your legs. You can have both legs and a car to get the most out of your transport experience and, given the choice between losing your legs or your car, you’ll always want to keep your legs.

There are a lot of machines in this world that can do things better than we ever could, and that doesn’t make us bad or those machines evil.  Cars let us travel across land better than our legs let us, but legs are still pretty damn awesome. We don’t need to feel bad that our legs don’t give us the same capabilities of a car — it’d be masochistic and a bit pointless to do so. And no one is thinking your legs suck because you can’t overtake a car. People are logical and reasonable, but with sex toys, insecurity around masculinity and sexual performances come into play. But if we take a step back, and try to look at things through an analogy, it renders things simpler and less threatening.

Insecurity #3: I hate that I can’t make my partner orgasm, but their sex toy can

Just to be upfront here, I can count on ONE hand how many times a partner has made me orgasm with their body parts. One hand. Not for lack of trying, mind you: my partners have always pursued the elusive Ruby Orgasm like it was some mythical creature, all willing and twitchingly desperate to discover, invent, and accomplish it all by themselves.

I can’t have a G-spot orgasm, so penetrative sex alone will never ever make me orgasm. Same with oral sex. I still love it, but it won’t make me orgasm.

And my clitoris is finicky as hell. It needs a super-specific touch, focus, movement, and pressure.  To make things more difficult, half the time someone touches my vulva with their hands, I get really badly triggered from past trauma. It’s an automatic response in my nervous system, and it doesn’t always happen, but I don’t always feel up to the effort of fighting back triggers and so I don’t want to take the risk. So I’d rather use my own hands.

OR a toy. When my partner presses the Magic Wand or the We-Vibe Tango against me, I don’t get triggered. And those things are so powerful that my clitoris can’t help but respond. Voila! Suddenly my partner actually has a decent chance of making me orgasm.

To put it simply, having a sex toy means that I get to have an orgasm with my partner. Obviously, this is awesome.

Can you imagine how grumpy I’d be if I never had an orgasm with my partner? I mean, I don’t have to imagine…I was in that boat for years. It’s not fun. Trust me. If a sex toy makes orgasms with my partner possible, then woo! A solution! A simple solution to making me considerably more interested in sexytime with my partner. And that’s not anyone’s fault. That’s just the way it is.

Does this mean I don’t appreciate my own partner’s hands/tongue/etc? No! Of course I do! I love them; they’re attached to my partner, after all. Being physically incapable of having an orgasm by their hands, however, means that a sex toy makes our sex lives a LOT richer and more satisfying, for both of us.

A lot of people (especially people with vaginas) struggle to have an orgasm, for any number of reasons. I can’t help but feel that, instead of torturing everyone involved by trying to manually achieve something that may never happen, a good sex toy can be an effective solution for everyone.

**A note about communication and consent: This is all well and good, but please remember to discuss bringing sex toys into your relationship before doing so. Do not push your partner into anything they’re not comfortable doing. That will not help anything. Don’t surprise your partner with a sex toy if you haven’t discussed it or if they’re on the fence about it — make sure they’re informed and be as equally comfortable as you in the matter.

To anyone reading who feels threatened by a sex toy:

I’ll paste some of the last words of the commenter here (they were awesome).

But to read a review of something that I view as such a threat is somewhat enlightening. It reminds me that sex toys are just sex toys, something capable of being reviewed clinically even by the intended users of it. And it’s great that partners can reach a place where they’re using toys together. I’ve never had a relationship like that personally, but I’m glad to know it’s possible.

Yup, it’s possible. And it rocks.

Readers: What are your insecurities around sex toys? I’d love to expand this list.