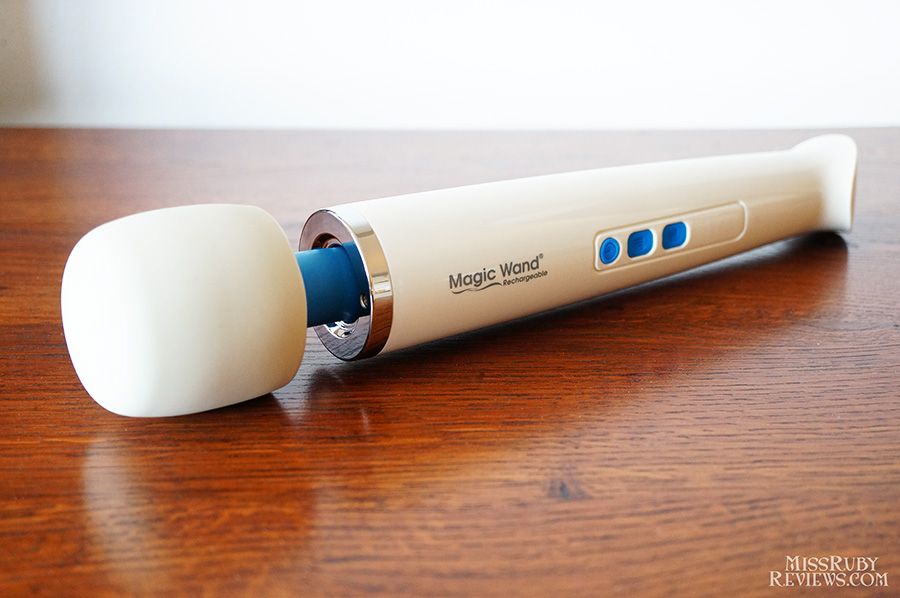 In terms of my favourite wand-style vibe, the Magic Wand Original was eventually dethroned when I reviewed the Doxy Die Cast (glittery silicone goodness). But now that I’ve finally got my hands on the latest and greatest Magic Wand… 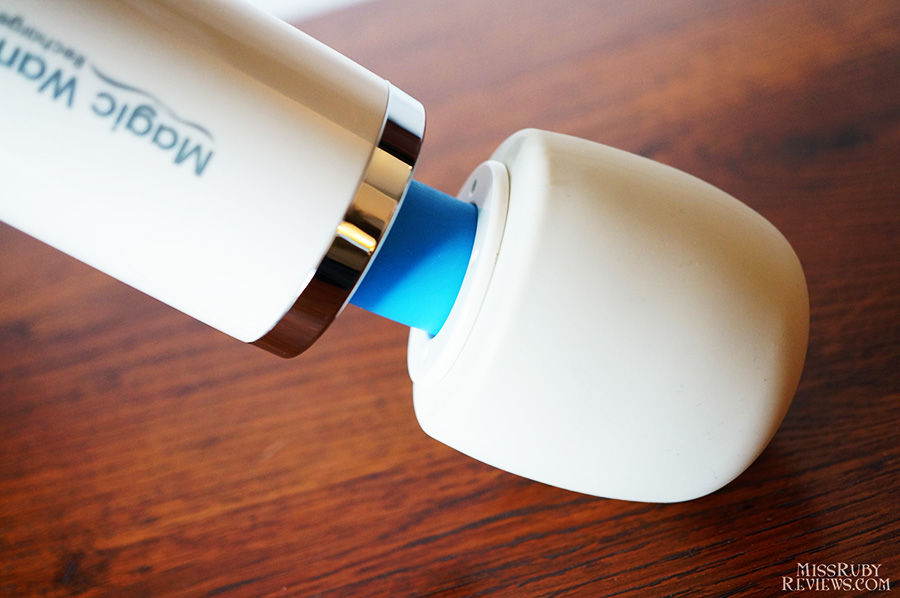 The issue with many cordless toys is that they can’t provide the same power as a corded toy. But the MWR did something magical: its vibrations are just as strong as the corded Original. The Original just had two settings: the MWR has 4 solid-vibration speeds, and they get epic. I don’t think most users will need anything higher than what this can offer to orgasm.

Unlike the Original (but similar to the Doxy), the MWR also offers vibrations patterns. In addition to the increasingly-strong solid speeds, there are four standard patterns. 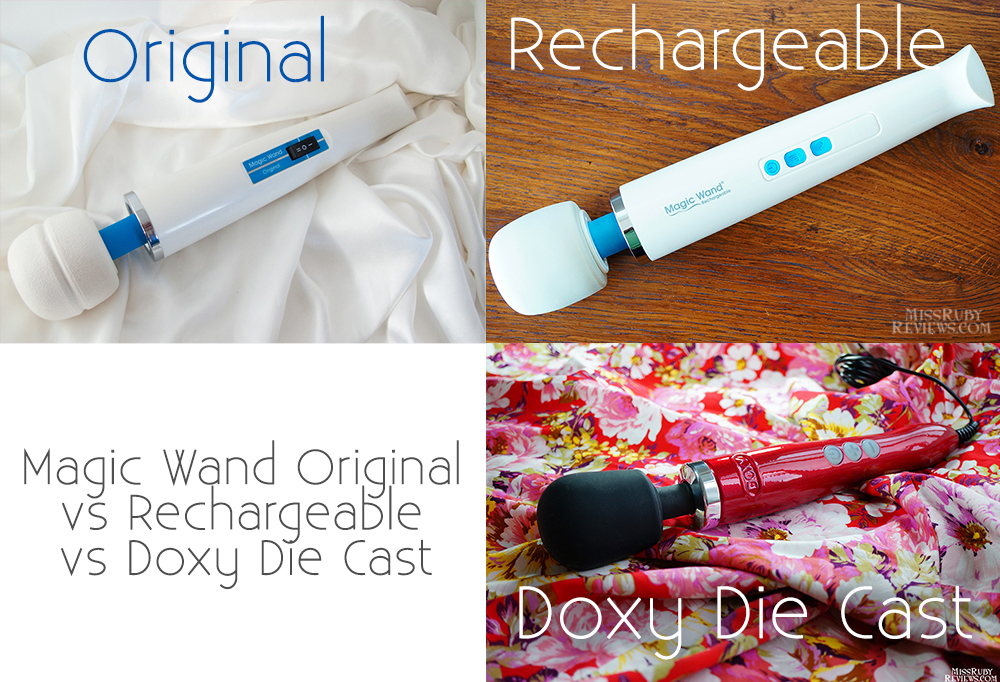 When I first reviewed the Original, I thought there was no buzziness to the vibrations. My blog was newer, then, and I hadn’t tried nearly as many toys as I have now. Looking back at the Original, and assessing the MWR now, I can definitely discern some buzziness. It’s not a buzzy toy, but there’s some buzz in the higher levels.

When doing a blind test, the MWR feels *slightly* stronger than the corded Doxy Die Cast (a truly negligible amount). It is, however, much buzzier than the Doxy.

Compared to the Original, the Magic Wand Rechargeable is quiet. It emits a mid-frequency hum (very kitchen appliance-like). I don’t think it can be heard through walls or doors. It is louder than the Doxy Die Cast. 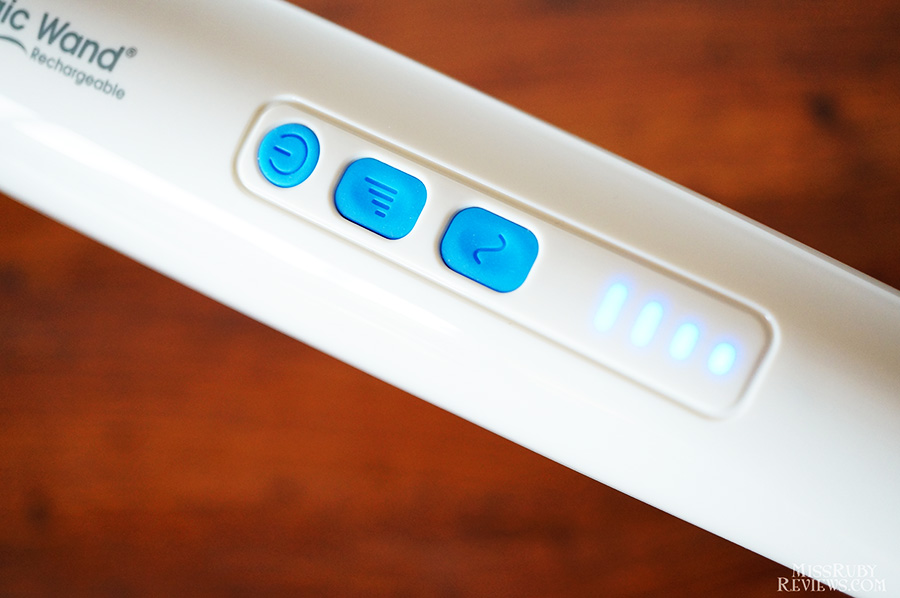 How to use the Magic Wand Rechargeable

Turn the MWR on by pressing the power button. A single small blue light will appear. Press the middle button to cycle through the four steady states – with each incremental strength level, a wider blue light will appear below the control panel. To switch to patterns, press the ~ squiggle button; the blue indicator lights will turn green. Press the power button again to turn off.

When the MWR needs charging, connect the charging adapter to the MWR and a wall outlet. The light should light up in a red colour. When it’s fully charged (about 3 hours later), the light will switch to green. 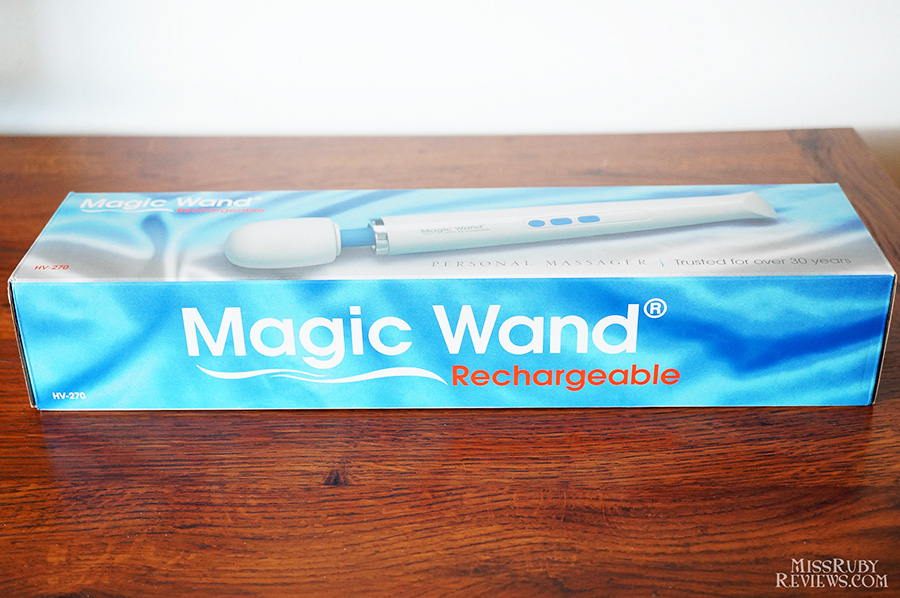 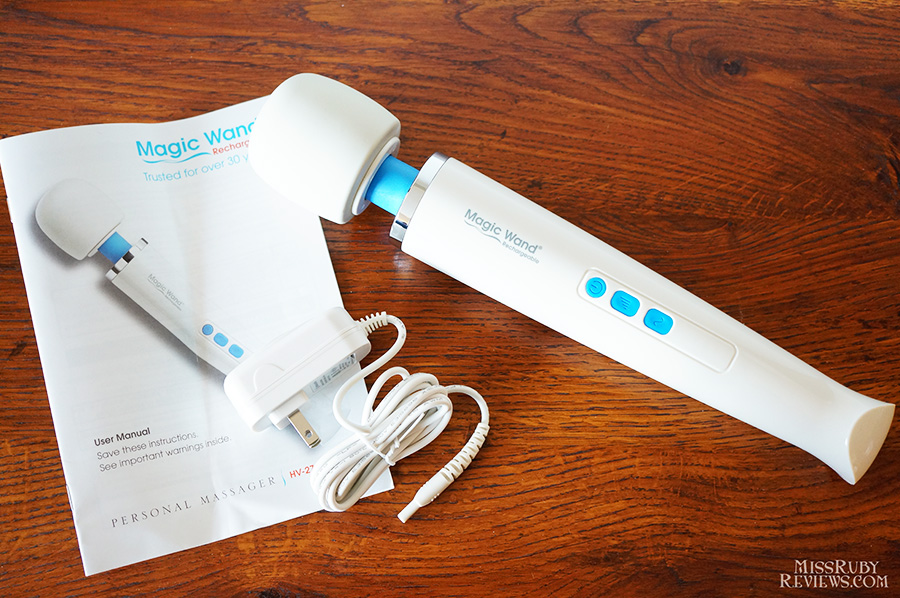 While the body of the Magic Wand Rechargeable is made of ABS plastic (plus some metal trimmings), the head is made from matte silicone. This makes the head non-porous, free of toxins, and sterilizable.

It’s important to not use any water when cleaning: this toy is NOT waterproof. Instead, wipe gently with a cloth before and after use.

If you’ll be using lubricant, make sure it’s a good quality water-based lube like Sliquid.

My Experience with the Magic Wand Rechargeable 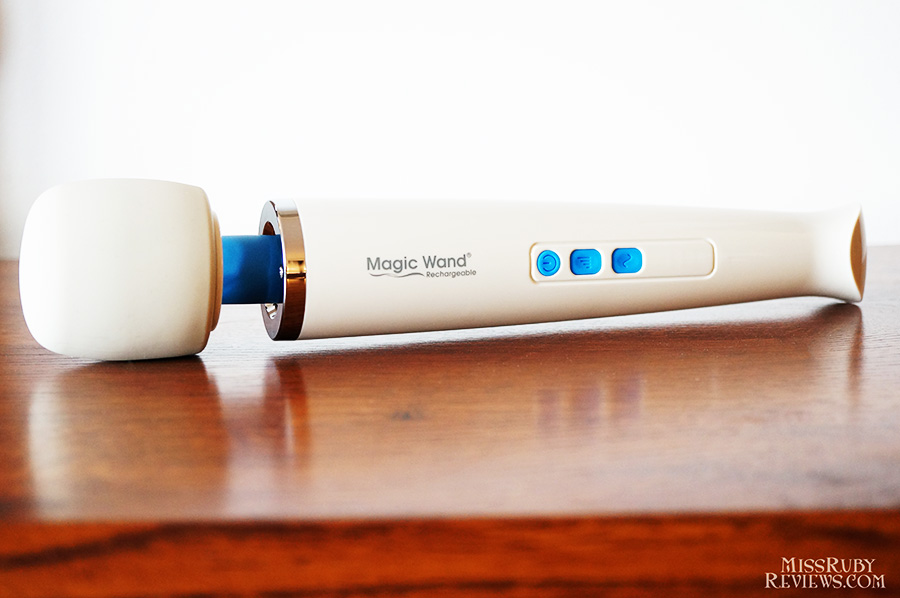 The Magic Wand Rechargeable should be a basic go-to toy for anyone who enjoys cordless broad stimulation.

Although it’s buzzier than the Doxy Die Cast , vibrations as strong as these can’t really go wrong with me. They’re incredibly intense. This toy is for true power queens. When in use, I don’t need to go up to the strongest level. The second and third speeds are plenty strong for me. The orgasms come quickly and without any struggle.

Still, I don’t like that buzz. I was spoiled by the Doxy Die Cast: I wish the MWR was as rumbly. Still, compared to the Original Magic Wand, it’s a mega step up. It feels sleeker, more sturdy, and the control panel is much more sophisticated than the previous rocker-switch.

Again, this is a toy for those of you that enjoy broad stimulation. It’s hard to get solid pin-point stimulation — if you need that, you’d better pick up something like this as well. 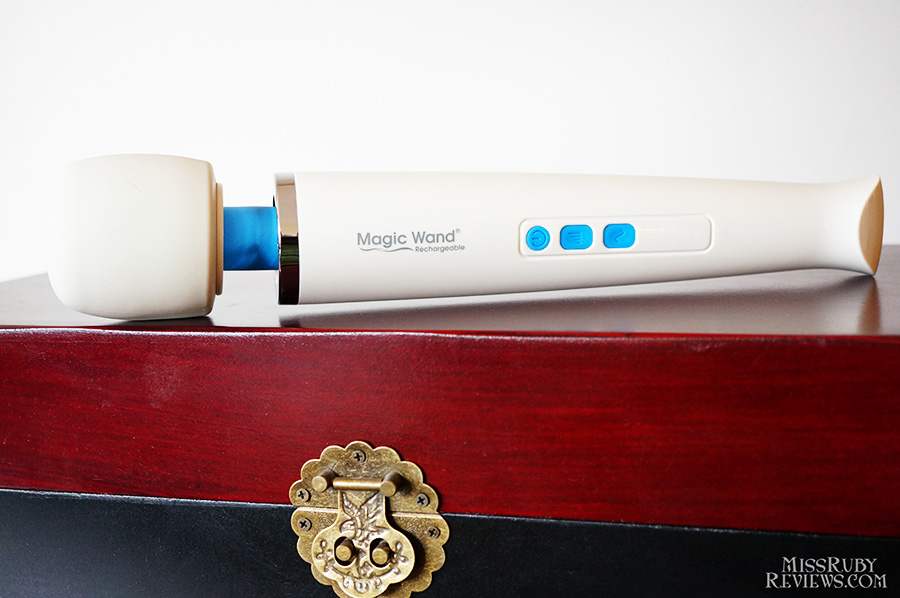 And I have to say: not being restricted by a cord is amazing. In this regard, the MWR definitely trumps the Doxy. I love the freedom of not being chained to the wall. This makes it a tad more travel-friendly (well, as much as a 600 g club-like sex toy can be). It also makes things less difficult during sex: if you’re using the MWR during sex, you don’t need to worry about accidentally getting caught in a cord when you’re switching positions.

The Magic Wand Rechargeable doesn’t disappoint: it’s quieter than the Original and just as strong. I love that it’s cordless and I love the sleeker control interface.

Still, it’s not as rumbly as the Doxy Die Cast. If the price isn’t an issue for you, and you don’t mind being chained to a wall outlet, I’d still opt for one of the pretty Doxy Die Cast toys. But if being cordless is a priority, head on head on over to Peepshow Toys to purchase the Magic Wand Rechargeable.  And, don’t forget, you can use coupon code RUBY to get 10% off your whole purchase!