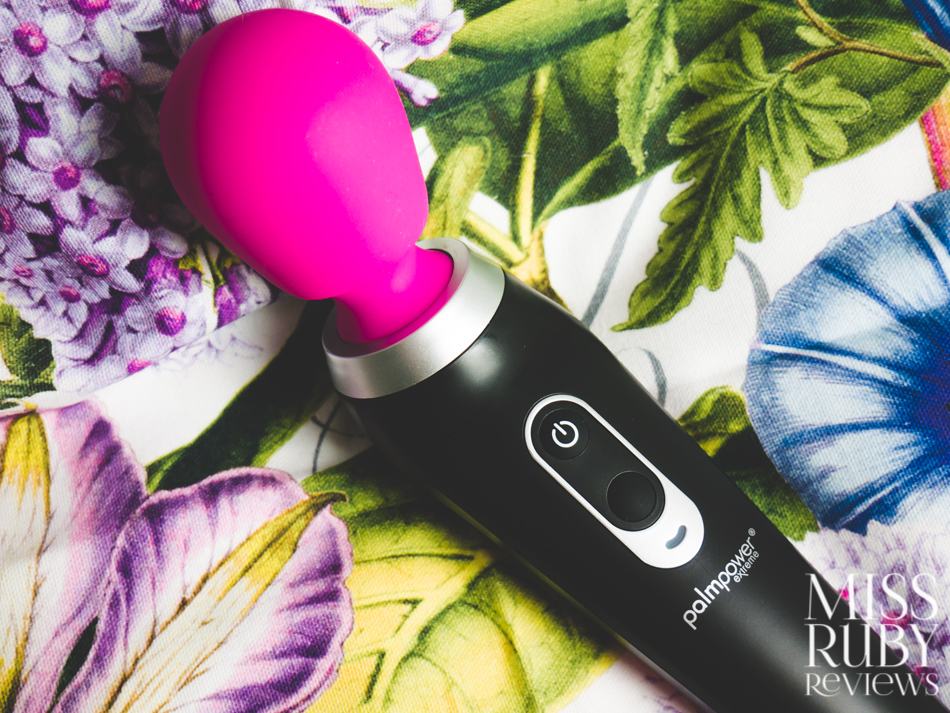 BMS calls this “the strongest model in the Palmpower collection” so that means I had to test it. Read on for my BMS Factory PalmPower Extreme review! 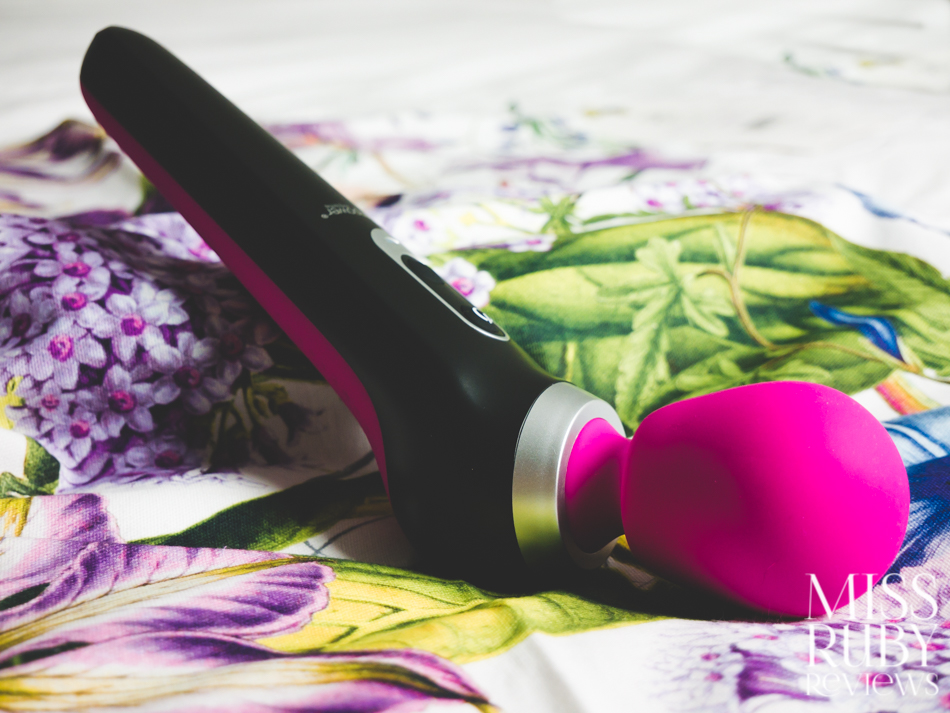 The PalmPower Extreme is an impressive little wand recently released by BMS Factory. I never tried the original PalmPower wand, but I knew it was one of the stronger wands out there, so when I saw this “Extreme” model I was interested.

As far as wands go, this is fairly small. It’s about 3 inches shorter than the massive Doxy Die Cast, and those 3 inches count a lot. With its slim body and comparatively light weight, the PalmPower Extreme feels minute and nimble and, well, convenient.

The BMS PalmPower Extreme departs from most classic wands with its ergonomic curve. The head is at an angle from the handle, which allows you to access your vulva (and your shoulders!) easier. And just in case that wasn’t comfortable enough, the handle’s backside is also coated in a nice grippy silicone so this doesn’t fly out of your hands. 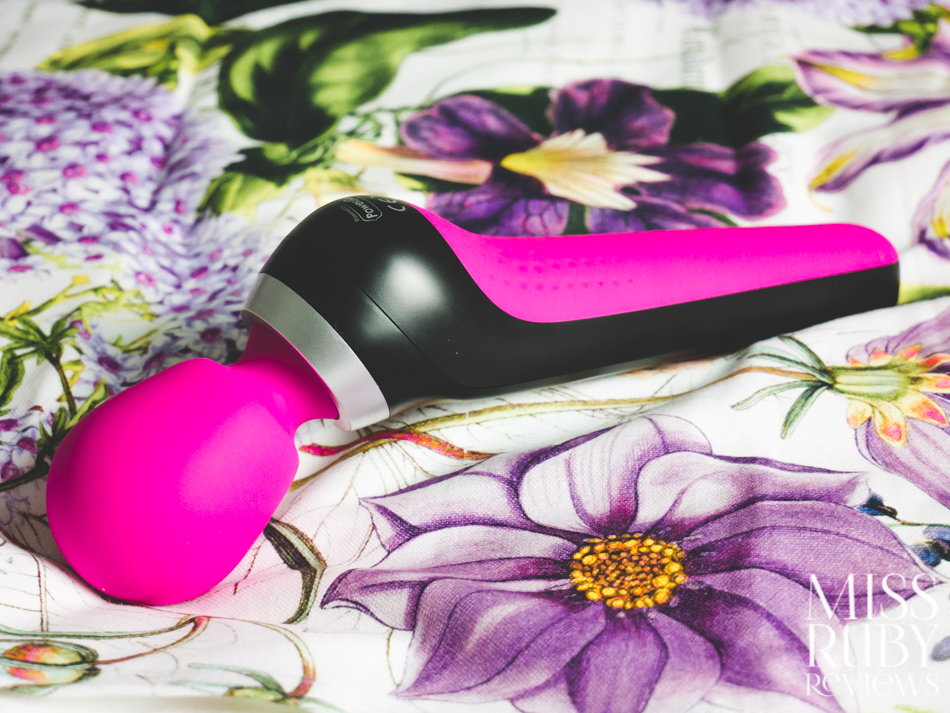 I got my BMS PalmPower Extreme in Fuchsia. It’s hot pink to the extreme (you can’t get more 1980’s pink than this) and I think it’s cute. If you want something a little sleeker, you can pick it up in all-black as well.

While the body is mostly made from ABS plastic, the head is a firm, unyielding silicone. The head also bends slightly, like so: 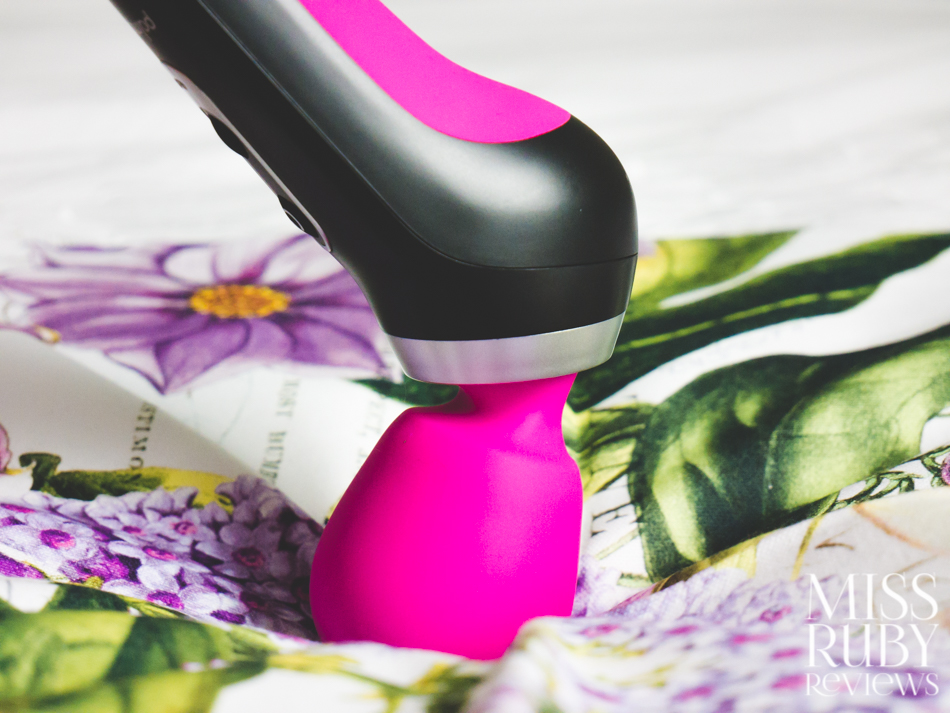 How to Use the BMS PalmPower Extreme 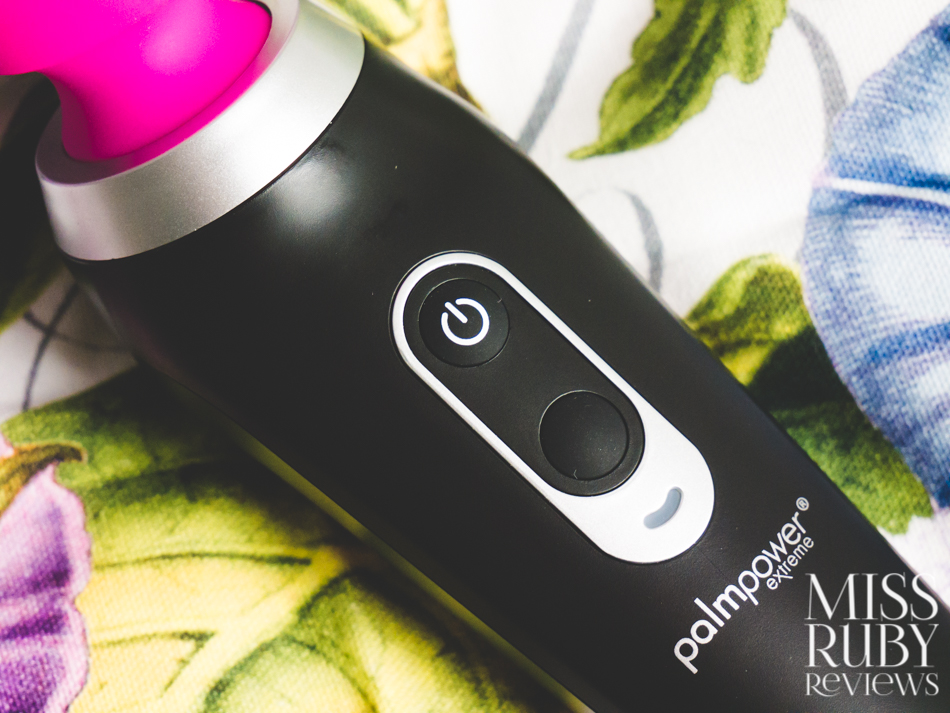 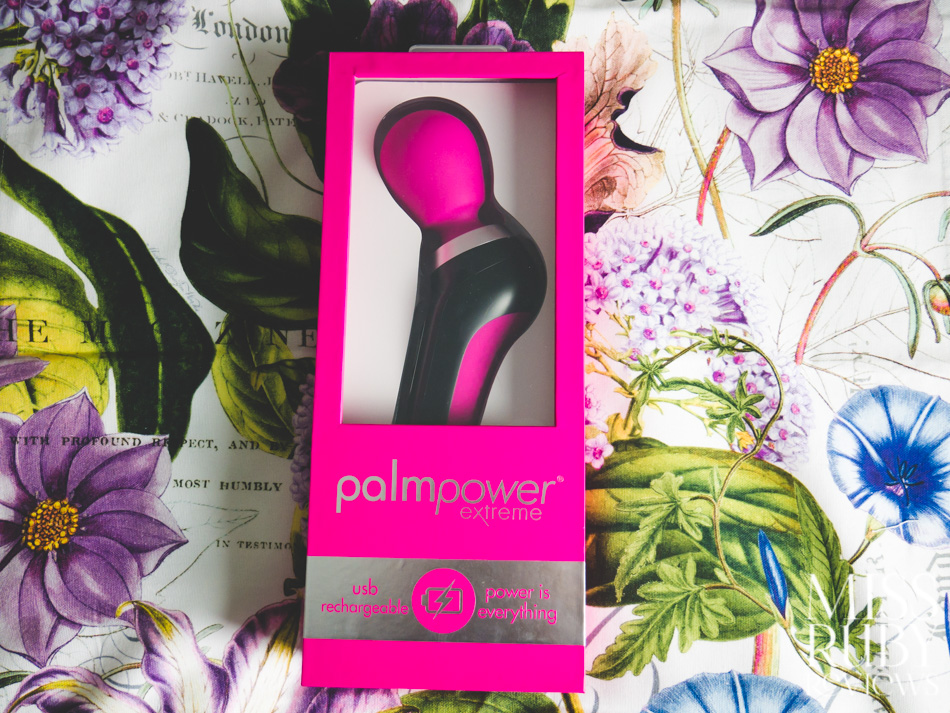 The BMS PalmPower Extreme comes in a box that is fabulously Barbie-esque. It’s hot pink, rectangular, and has a clear screen up top so you can see the toy. So Mattel, and I’m digging it.

Inside the box, you receive the PalmPower Extreme, a short user manual, and the charging cord. This just uses a standard microUSB cord (and it even has a “PalmPower” label so you’ll always be able to identify it), which I really appreciate. Vibrators often use obscure one-of-a-kind charging cords, so if you lose it you have to rebuy through them directly, but this cord is thankfully very generic. 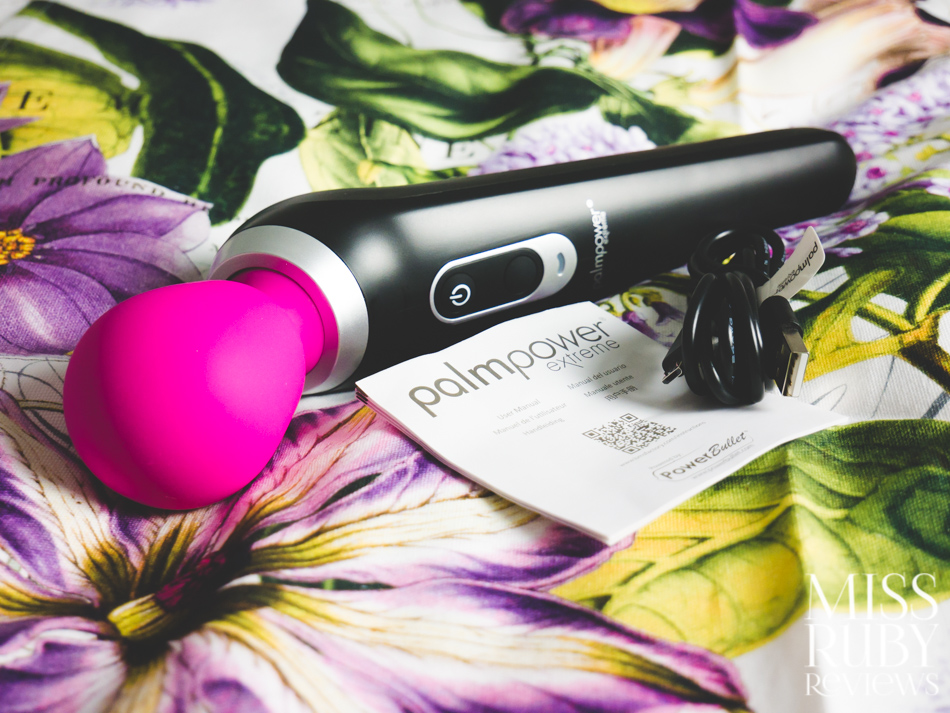 The BMS PalmPower Extreme is made of silicone and ABS plastic, making it non-porous, non-toxic, and bodysafe.

This toy is NOT waterproof (only a little splashproof). To clean, BMS recommends wiping the head clean with a damp cloth and ensuring it’s totally dry before storing.

My Experience with the BMS PalmPower Extreme 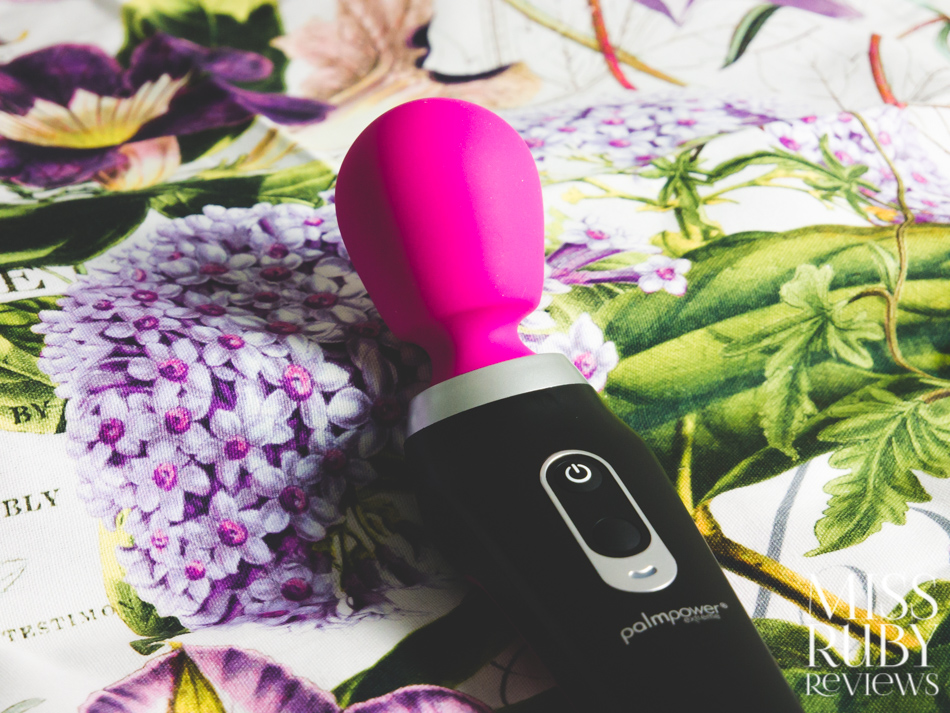 The BMS PalmPower Extreme gives you orgasms so quickly you don’t even know what happened. At least, that’s the case for me.

This baby is strong. If I press this against my upper thigh, I feel it in my kneecaps. For a little cordless wand, that’s fantastic.

The vibrations are also pretty rumbly. They feel deep and penetrating and don’t cause numbness. There’s definitely some underlying buzz, but most of the vibrations are localized in the head, with only some transference to the handle.

In terms of noise, the BMS PalmPower Extreme does okay. I’d be a little worried about roommates hearing it through walls, but if you use it under blankets it should go unnoticed.

I also love the small, narrow head. While it still technically gives broad stimulation, it’s more pin-point than most wands. 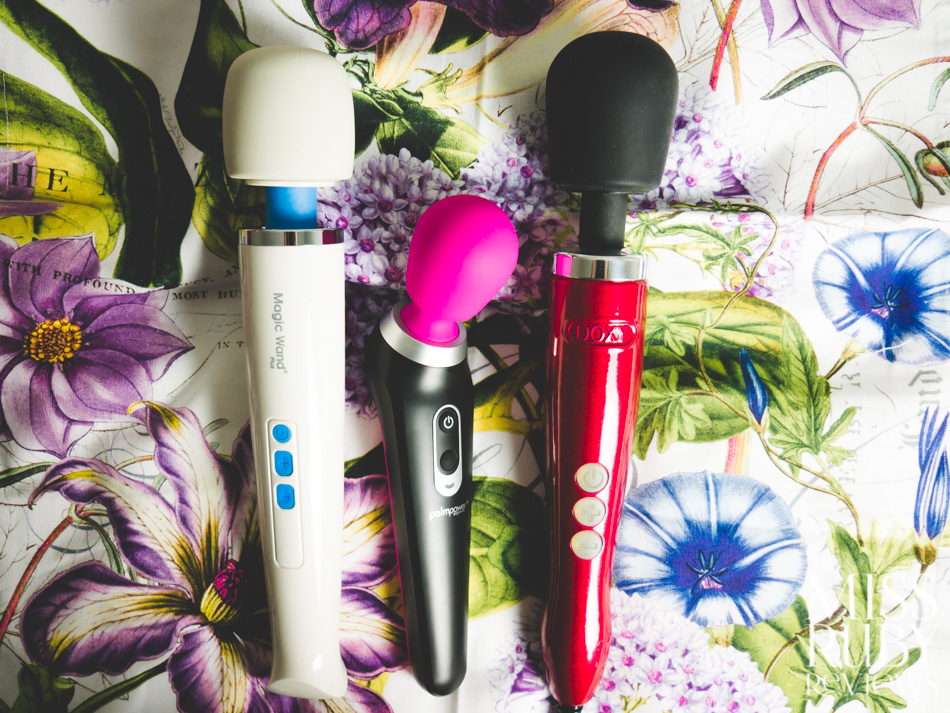 Of course, I couldn’t test a high-ticket wand like the BMS PalmPower Extreme without comparing it to industry giants like the Magic Wand Plus and the Doxy Die Cast.

While it’s not as strong as the Doxy Die Cast or the Magic Wand Plus, this is to be expected. As a cordless wand, the BMS PalmPower Extreme inevitably can’t have as much power as something mains powered. I was also pleasantly surprised to find that this feels rumblier and quieter than the Magic Wand (though not quite as rumbly and quiet as the Doxy).

In terms of ease of use, though, the BMS PalmPower Extreme wins hands-down over both the Magic Wand Plus and the Doxy Die Cast. It’s cordless, lighter, and has a more ergonomic design. 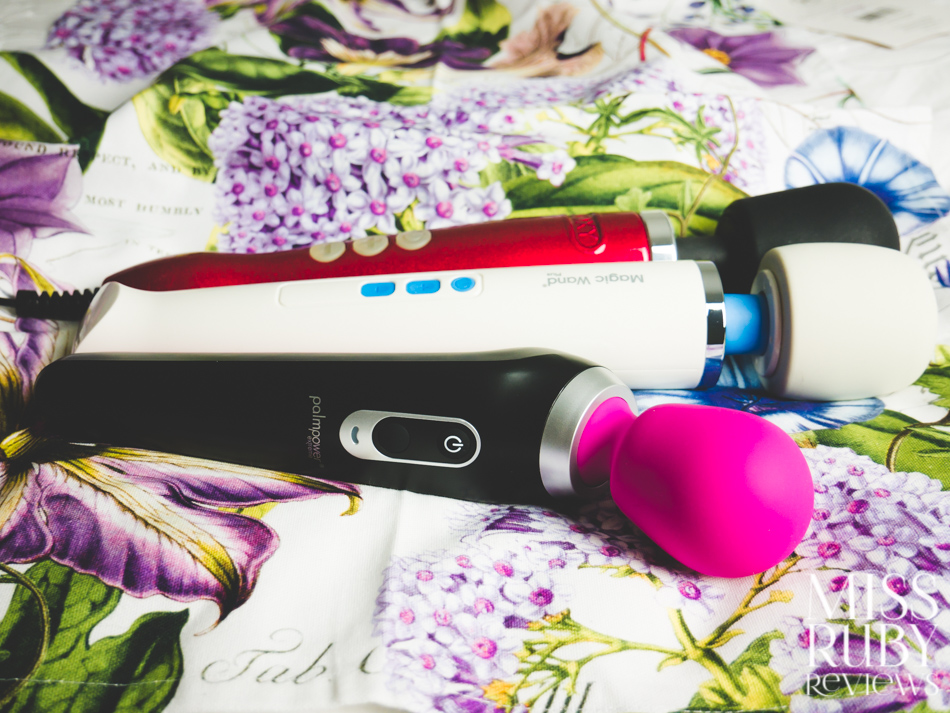 First, I wish this was fully waterproof. This is probably too much to ask — the only ever uber-powered waterproof cordless wand I’ve found is the O-Wand, and that’s nearly double the price. Splashproof is a step in the right direction though, and I’ll take what I can get.

Second, I’m really not a fan of the bendy neck. I’ve never liked bendy vibrators (if I’m pushing it against myself to orgasm, why I would it to bend away from me?). I prefer firm pressure, which means the head is always bent to the most opposite angle. Still, this isn’t a dealbreaker.

Lastly, BMS says you’ll get about 1 hour of playtime for every 4 hours of charging time. That’s not a great play:charge ratio… though, to be fair, this is powerful enough that you likely won’t need longer than an hour.

The BMS PalmPower Extreme is indeed an extreme wand. It’s very powerful. It’s also pretty rumbly and I love its convenient ergonomic body. It may not perform as strongly as industry giants like the Magic Wand Rechargeable and the Doxy Die Cast, but it’s less expensive. I’m not a fan of the bendy neck, however, and I wish it was fully waterproof, but for this price tag you’re getting a pretty good deal.

You can pick up your own BMS PalmPower Extreme from the following:

See below for my BMS Factory PalmPower Extreme review summary. 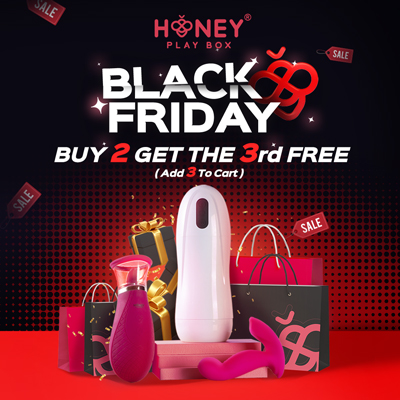 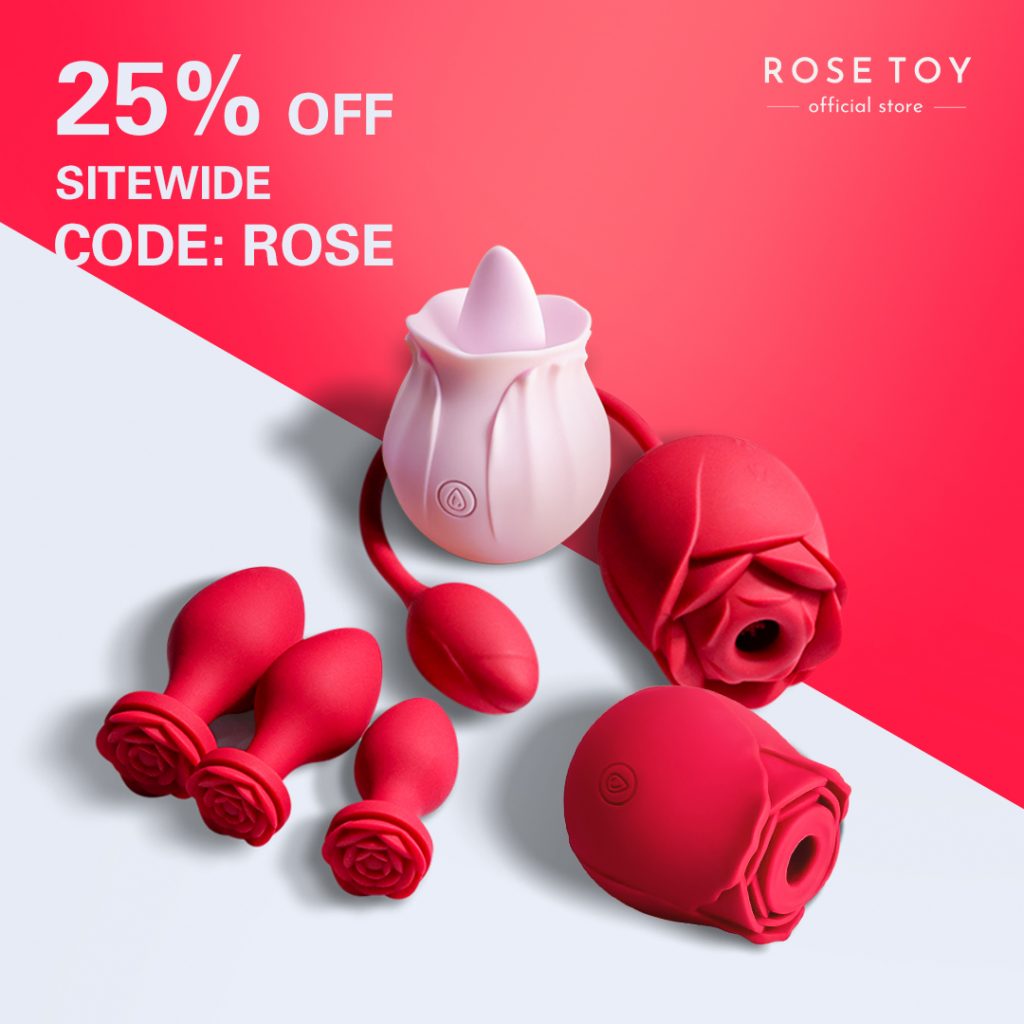