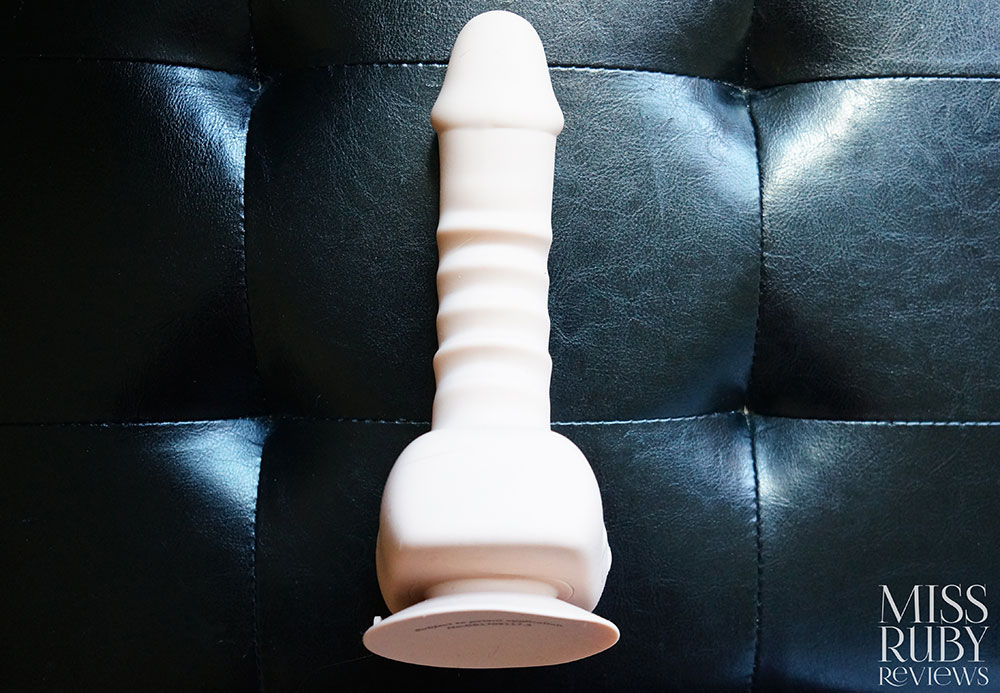 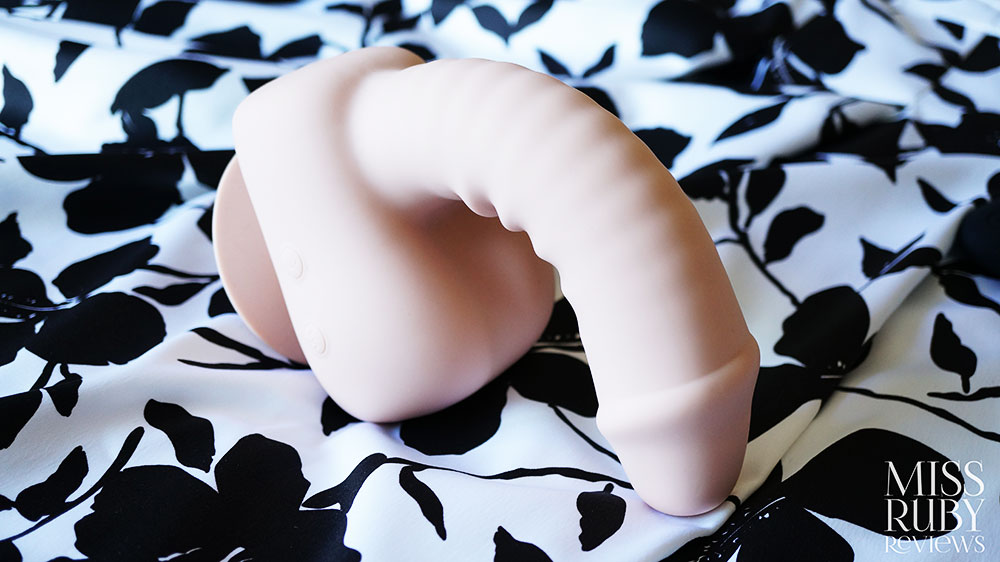 To do so, the UPRIZE has some sort of bendable internal structure (which feels like a series of subtle rings beneath the silicone). It repositions itself into a curved or straight shape.

When “flaccid,” there are gathered silicone on the underside. When erect, the gathered skin appears on the top. While this isn’t realistic, I can see why it’s necessary: I don’t think silicone is stretchy enough otherwise, so while the ridges/crinkles might take away from realism, it makes this toy bodysafe.

Note: the firmness of this toy does not change. The silicone is silky, but this toy is always hard, whether or not it’s in the flaccid position or the erect position. 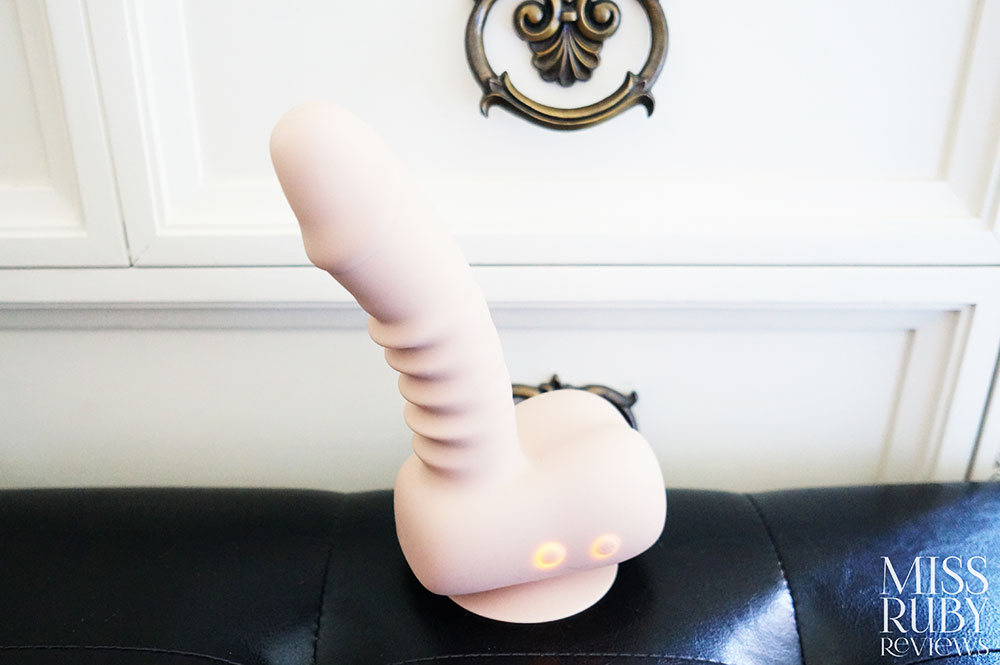 The UPRIZE also vibrates.  It has 10 vibrating functions, which includes 3 steady states and a series of patterns.

The quality of the vibrations definitely isn’t the best on the market. They’re okay — but not super strong, nor rumbly. But this is one of the rare circumstances where I can forgive it…  this product’s main draw is its erecting function. The vibrations are just an extra addon and not the main show. 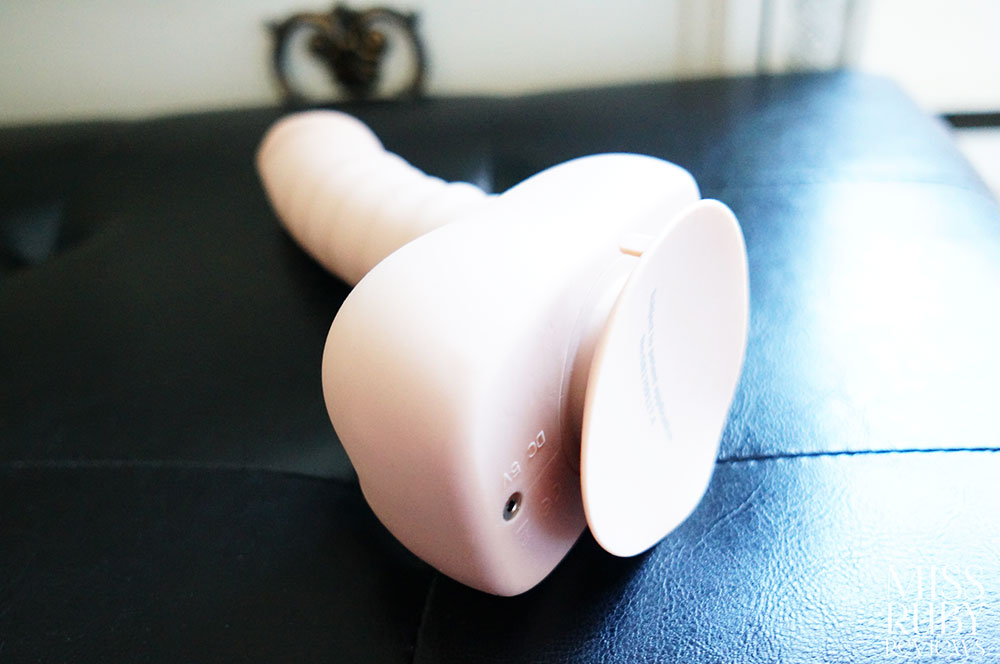 Noise-wise, the UPRIZE is pretty quiet. It definitely can’t be heard through walls / a closed door. When it’s changing shape, there’s a short-lived robotic sound for a couple of seconds.

I got the UPRIZE in the 6″ vanilla version, but it also comes in 8 inches vanilla, purple, and black. I wish there were more realistic skin tones available, as the pasty light skin tone won’t appeal to everyone. 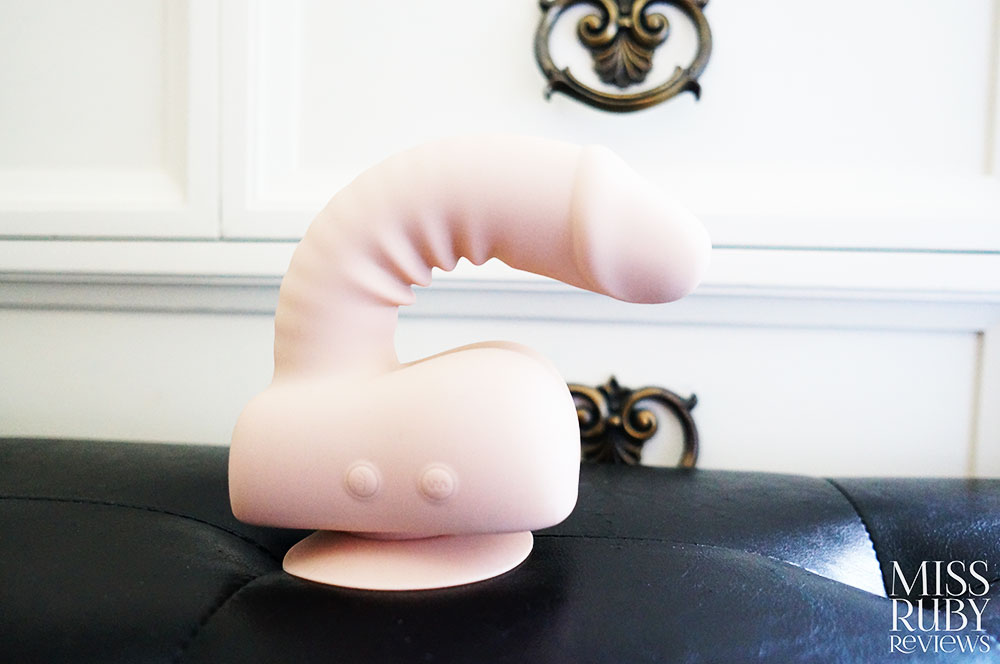 How to use the UPRIZE

The UPRIZE can be used by buttons (on the base of the toy) or by a remote control (included).

Buttons: Using the buttons, use the button on the left (pictured in the image above) to create the erection. Just press it once, and it’ll go erect. Press it once again to make it unerect. Press the other button to start cycling through the vibration modes. To turn off the vibrations, press that button for 2 seconds.

Remote: To use the remote control, remember to first remove the battery cover so you can take out the little plastic slip over the battery (which is included, yay!). You’ll need to pair the Uprize with the remote. You can do that by pressing the vibration button on the toy once.

Once it’s paired, the two buttons will flash. They don’t seem to stop flashing while paired with the remote, which is a little annoying. But, using the remote, you can control the erecting and vibrating functions from afar.

Charging: To charge the UPRIZE, plug the USB charger (included) into your computer or a USB wall adapter.

Harness: The UPRIZE is O-ring harness compatible! Put the O-Ring around the suction cup. Quick measurement with a ruler tells me a 1.75″ ring or 2″ ring should do it.

The UPRIZE comes in a pink and white box. It’s not at all discreet (“Rock Hard Erections“) but, hey, it does the job.

Inside the box, you receive the UPRIZE, an instructions booklet, the USB charger, and the remote (with a battery inside the remote). 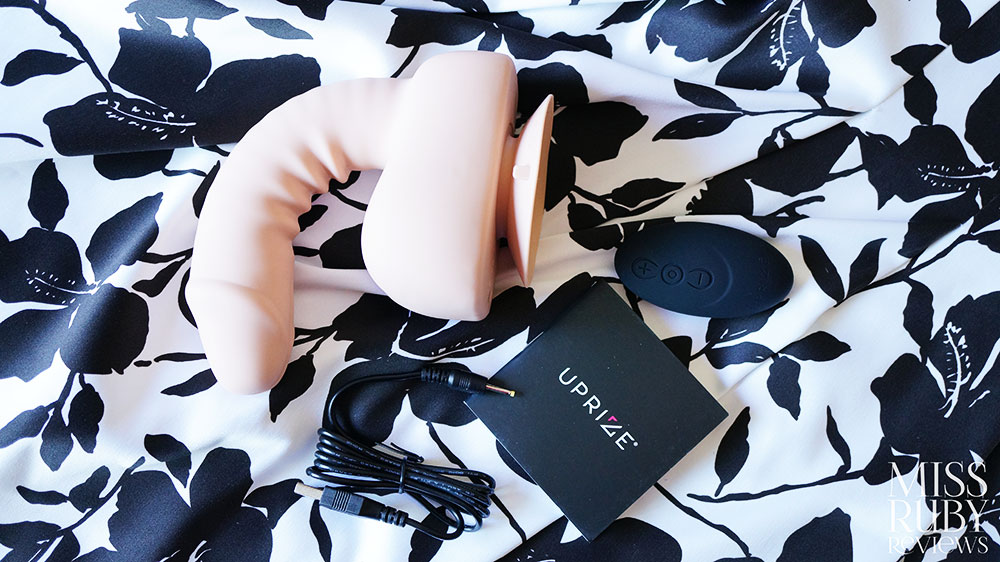 The UPRIZE is made of silicone, making it non-porous, non-toxic, and bodysafe. This specific silicone has a silky, soft texture to it. It doesn’t attract too much dust.

The UPRIZE is waterproof. I give it a rinse in warm, soapy water before and after use.

When choosing a lubricant, I recommend opting for a good quality water-based lube like my favourite Sliquid H2O.

My Experience with the UPRIZE 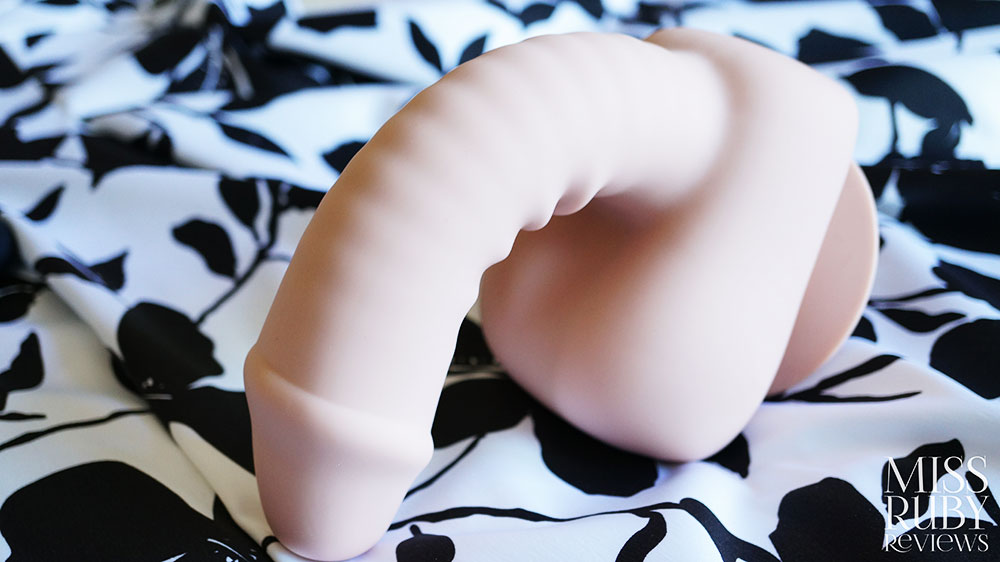 So this toy certainly satisfies my visual needs — it’s absolutely bewitching to press that button and watch this toy grow tall and erect.  That alone is worth it.

So how does this toy actually feel though?

I’m actually a fan of the ridges though. When the UPRIZE is inserted deep enough, the ridges glide along the G-spot and feel fantastic. And when combined with one of my favourite bullet vibes, I’ve had some amazing orgasms. So I do like using this, but I think this toy will be hard to handle for people who are used to smaller, narrower toys.

To purchase yours, head on over to SheVibe! At the time of this post, it’s on for $119 USD.