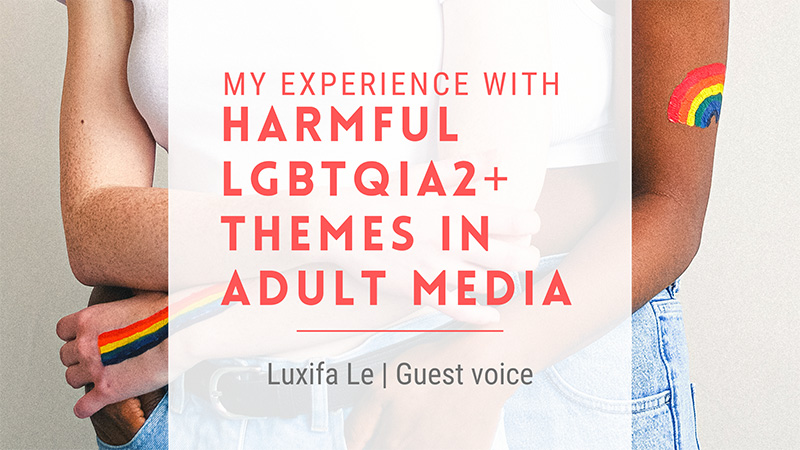 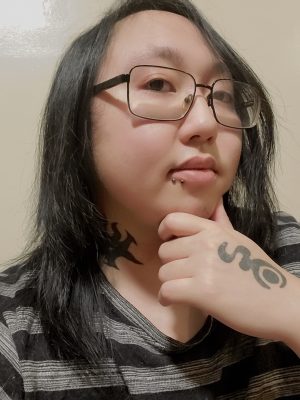 And I get that sex work is work and therefore you’re not going to love every day at work. But that’s a far cry from “I hate this, but I’m being forced to do it for money.”

When I came of age, I started working in adult media. In the past, I’ve done escort work and sexual photoset work both in front of and behind the camera. One of the most important things to me when working behind the camera was checking in with the people I was photographing. From mundane things like “how are you feeling?” and “do you need some water?” to something like “hey, are you okay right now? do you want to stop?” If a model told me to delete the photos, they got deleted, no questions asked.

Nowadays, my day job is writing. I’m a freelancer who spends eight or more hours a day writing words for money. In my free time, I like to write and publish novels. I mostly publish LGBTQIA2+ content, and most of it is gay male content or straight content. If and when I move into posting lesbian content, I will first get a feel for what lesbians want in their content.

I know that as a man, I don’t have the same perspective and experiences that a lesbian does. However, much like man, myth, and legend Chuck Tingle, I want to one day use my voice to elevate queer content made with queer people in mind. Hopefully, I will one day be able to use my voice to promote other queer authors and creators.